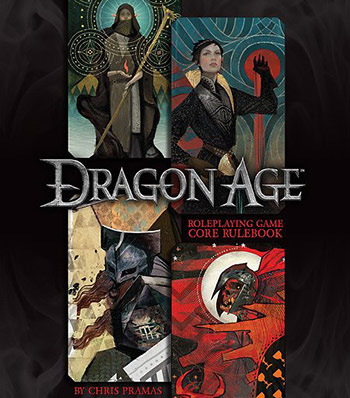 The Dragon Age RPG brings Thedas to your tabletop!

Now you can experience BioWare’s rich and engaging world in a classic pen & paper roleplaying game. This new Core Rulebook combines the rules and background of the original game under one cover for the first time, and adds a brand new adventure as well. The game system is easy to learn and play, and the book is packed with lore from the world of Thedas. Dragon Age also features an innovative stunt system that keeps combat and spellcasting tense and exciting.

So gather your friends, grab some dice, and get ready to enter a world of mages and templars, of Grey Wardens and darkspawn, of gods and demons … the world of Dragon Age! 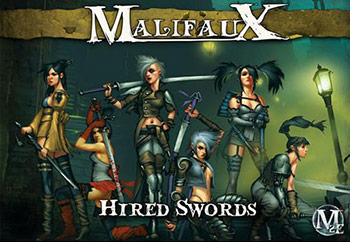 Miniatures are supplied unpainted and assembly may be required. 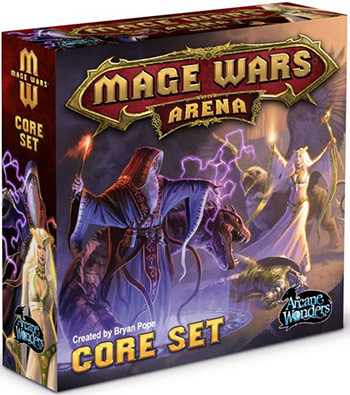 Mage Wars Arena pits powerful Mages against each other in deadly arena combat. Each Mage uses his own fully-customizable book of spells to achieve total victory over his opponent. Summon mighty creatures to do battle in your name; cast powerful spells to attack your foe and thwart his every plan and strategy; use hidden enchantments to turn the tables and rule the day; adorn yourself with mighty weapons, armor, and arcane artifacts – all of this and more await you in the arena of Mage Wars!

Mage Wars is a tactical board game, a combination of a card game and miniatures game, combining the best elements from each genre. The game is played on an arena game board divided into square areas called “zones”, which regulate movement and the placement of objects. Each Mage (player) starts in a corner of the arena, opposite his enemy.

War of the Ring: Warriors of Middle-Earth 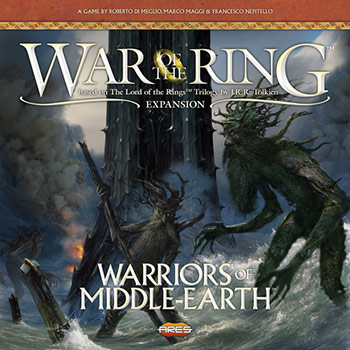 War of the Ring: Warriors of Middle-earth includes Ents, Dead Men of Dunharrow, Great Eagles of the Misty Mountains, Corsairs of Umbar, Wild Hilmen from Dunland, and Giant Spiders, and with this new expansion for War of the Ring (second edition), these warriors and creatures of Middle-earth – previously featured only as special Event Cards – will become an essential part of the game, with unique figures and specific abilities.

Warriors of Middle-earth also presents new mechanisms to enhance the game. Faction Dice and Faction Events, used together with the new figures, open up new and exciting strategies and make the War of the Ring (second edition) even more challenging and fun.